The SpIRIT spacecraft, the first selected for funding by the Australia Space Agency, has been booked with launch service provider ISISPACE Group through its subsidiary ISILAUNCH to blast off in April 2023. The spacecraft is being designed and built by a consortium led by the Melbourne Space Laboratory at the University of Melbourne, with participation… 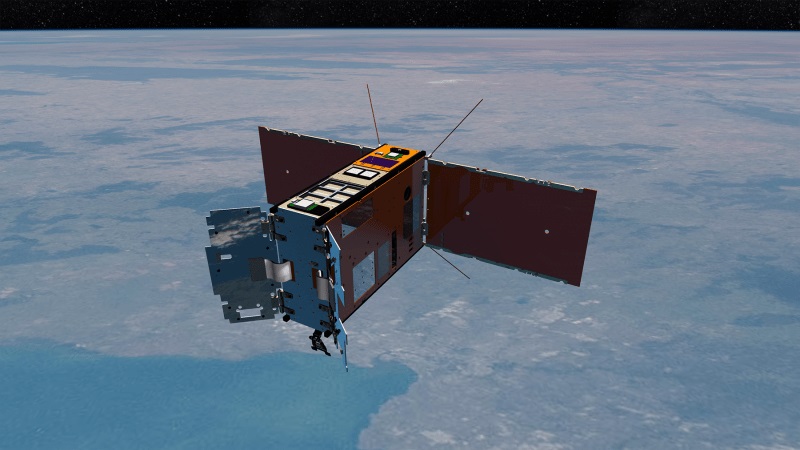 The SpIRIT spacecraft, the first selected for funding by the Australia Space Agency, has been booked with launch service provider ISISPACE Group through its subsidiary ISILAUNCH to blast off in April 2023.

The spacecraft is being designed and built by a consortium led by the Melbourne Space Laboratory at the University of Melbourne, with participation from Australian industry partners and the Italian Space Agency. It will operate in orbit for two years demonstrating the long-term performance of Australian-made space technology.

Principal Investigator Professor Michele Trenti from the School of Physics at the University of Melbourne said the signing of the launch contract was a critical milestone, which reflects the strong progress towards readiness for flight.

“The team has got to this point less than two years since selection of the mission for funding,” Professor Trenti said.

The Space Industry Responsive Intelligent Thermal (“SpIRIT” in short) nanosatellite is a small “shoebox” (just 30cm) during launch, but once in orbit it will deploy solar panels and thermal radiators stretching to nearly a meter long. It will run a suite of powerful scientific instruments, cameras, guidance systems, communication antennae, on-board computers with artificial intelligence capabilities, and even its own electric propulsion thruster.

“It is truly a miniaturized spaceship,” said Professor Trenti.

At only 11.5 kg, SpIRIT is too small to fly on a rocket on its own, so the team booked a rideshare service through ISISPACE, one of the world’s most experienced launch service providers. ISISPACE will carefully package SpIRIT in a canister and integrate it into a ring hosting dozens of other small satellites, and then deliver the package to the US-based launch pad for a short ride to low Earth orbit (about 550 km above the surface).

The Australian Space Agency is injecting almost $4 million into this space science mission through its International Space Investment Initiative. Head of the Agency Enrico Palermo said it was terrific to see such an important milestone reached.

“The pace at which progress is being made on SpIRIT is testament to the knowledge and skill that exists in the Australian space sector and what can be achieved when we collaborate with our international partners. I thank our partners at the Italian Space Agency, ASI for their contributions to this project,” Mr Palermo said.

“The Australian Space Agency is proud to back SpIRIT, and I look forward to seeing it in orbit very soon, helping us to better understand the Universe in which we live and gathering crucial flight heritage for Australian technology.”

SpIRIT is being developed by an Australia-Italy syndicate. In addition to the University of Melbourne, Sitael Australia, Inovor Technologies and Neumann Space are contributing to its innovative design and fabrication, with Nova Systems providing ground station support.

The main scientific instrument of the mission, contributed by the Italian Space Agency, is an advanced X-ray detector to discover gamma rays, some of the Universe’s most powerful explosions.

Once in orbit, SpIRIT will commence its mission to demonstrate multiple made-in-Australia technological innovations, including the first flight of Inovor Technologies’ Apogee satellite platform and of the Neumann Space thruster.

Deputy Principal Investigator Dr Airlie Chapman from the Faculty of Engineering and Information Technology at the University of Melbourne said SpIRIT is arguably the most ambitious civil space mission since the Federation satellite was launched almost twenty years ago.

“It represents an outstanding opportunity to gain highly valuable experience for contributing to future missions reaching the Moon and beyond, and to strengthen the Australian Space Sector, growing international reputation and collaboration opportunities,” Dr Chapman said.

Director of ISILAUNCH Abe Bonnema said he was looking forward to seeing SpIRIT blasting off to space. “We’re very happy to support the University of Melbourne with our reliable launch services to bring their satellite to orbit. Throughout 15 years of experience with more than 570 satellites successfully launched, ISILAUNCH is dedicated to offering high-quality service and support to its customers, in order to accomplish customer mission success.”