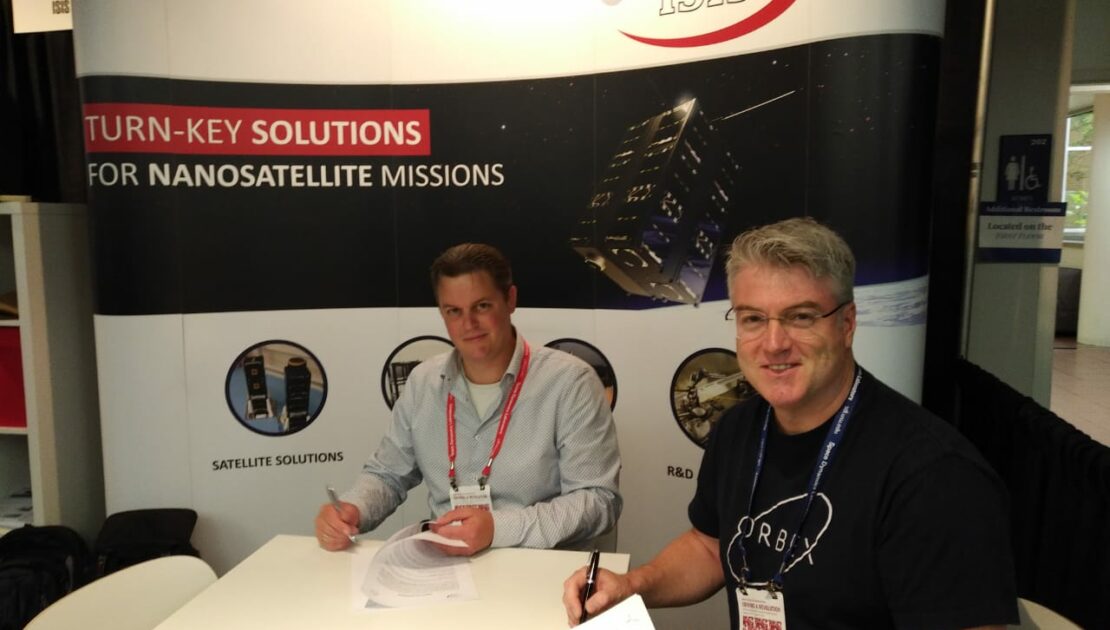 Logan, Utah, US, August 7, 2019 – Innovative Space Logistics B.V. (ISL) and UK-based orbital launch services provider Orbex today signed a wide-ranging Cooperation Agreement at the 33rd Annual Conference on Small Satellites in Logan, Utah. The co-operation will include technical launch services including launch manifest coordination and payload integration. As part of the agreement, ISL will also procure orbital space launches from Orbex for a number of its smallsat customer missions.

Netherlands-based company ISL is one of the world’s leading players in smallsat launches, having executed or supported the launch of over 350 CubeSats into orbit over the past decade. ISL is focused on the provision of regular launches for CubeSats, nanosatellites and microsatellites and provides launch brokering services, technical consultancy, launch adapters and dispensers, flight certification testing and launch insurance services to a broad range of customers.

With $40 million in project financing, Orbex is the best-funded European private launch provider. In February 2019, Orbex publicly unveiled the engineering prototype of the Stage 2 of its reusable Prime launch vehicle, a dedicated smallsat launcher, which is up to 30 percent lighter and 20 percent more efficient than any other vehicle in the micro launcher category. Orbex Prime utilizes bio-propane, a clean-burning, renewable fuel that cuts carbon emissions by 90 percent compared to traditional hydrocarbon fuels. On August 1, 2019, Orbex’s partner, Highlands and Islands Enterprise (HIE) confirmed that it had signed a 75-year lease option with landowners, the Melness Crofters Estate, to build and operate a spaceport on its land.

“It is extremely attractive for many of our customers to be able to launch from Europe,” said Abe Bonnema, Director at ISL. “Orbex has very quickly emerged as a leader in the developing European launch market, and it makes sense to cooperate further, as this market evolves. The innovation in their launch vehicle, Prime, as well as the quality and experience of their personnel, makes Orbex a natural partner for ISL.”

“There are very few companies globally that have the dedicated smallsat expertise that ISL has accumulated” said Chris Larmour, CEO of Orbex. “This cooperation will enhance both ISL’s and Orbex’s commercial offerings and together we will be able to provide competitive all-European solutions. The European launch services market is evolving fast and we will be able to jointly address many of the emerging requirements for European launches.”

Innovative Space Logistics was founded in 2009 to become the focal point of all launch services activities at Innovative Solutions in Space B.V, just before its first launch campaign took place in September 2009. This subsidiary is focused on the provision of regular launches for CubeSats, nanosatellites, and microsatellites and provides launch brokering services, technical consultancy, launch adapters and dispensers, flight certification testing and launch insurance services to a broad range of customers.